Thoughts and Prayers to the Humboldt Broncos

For updates on the Humboldt Broncos visit humboldtstrong.info

As people mourn 15 lives lost in the Humboldt Broncos bus crash, others are praying for the dozen who remain in a Saskatoon hospital and their long fight ahead.

Dayna Brons, the junior hockey team's athletic trainer, was the lone woman on the bus. "It's a waiting game now," relative Dale Brons told The Canadian Press on Tuesday. He said the 25-year-old from Lake Lenore, Sask., suffered serious head trauma and had so far undergone two surgeries. She remained in critical condition.

"She's on a breathing apparatus and still in an induced coma," he added. Lacrosse and soccer teams that Brons also worked with offered their support for the keen, happy trainer on social media. So did Canadian women's hockey Olympian Hayley Wickenheiser. "'The only girl on the boys team' ... Dayna I've been thinking of you a lot! Praying you pull through," she said.

The Broncos team was heading to Nipawin on Friday when its bus and a semi truck carrying a load of peat moss collided at an intersection north of Tisdale. There were 29 people on the bus -- 15 died and 14 were injured.

The driver of the truck survived the crash. Alberta Transportation said Tuesday it has ordered the Calgary trucking company that owns the truck to keep its only other vehicle off the road.

Adesh Deol Trucking Ltd. started operating last fall but hasn't had any violations or convictions or been involved in any collisions until this one, said Transportation Minister Brian Mason.

"We're commencing an investigation. This is automatic in a serious case like this. And the licence of the company to operate has been suspended pending the outcome of the investigation," Mason said.

He declined to provide further details on the company or driver, saying the province doesn't want to interfere with the investigation by RCMP and Saskatchewan authorities.

RCMP said they do not yet know the cause of the crash.

Two of the players were released from hospital on the weekend, but health officials said Monday that of the 12 people who remain four are listed as critical, four are in serious condition and four are stable.

"It has been a very stressful and emotional last few days," Mark Dahlgren wrote on social media. His 21-year-old son, Kaleb, a forward from Saskatoon, was stable. "Despite the horrific nature of the crash, he is holding his own," Dahlgren said. "He has lots of pain/swelling and some other injuries to overcome but we know he will prevail."

Tyler Smith, 19, of Leduc, Alta., is recovering from a broken collarbone and shoulder blade and has some vascular and nerve damage on his left side, his father Curtis Smith wrote in an update on Facebook. "Tyler had his breathing tube taken out," he said. "He is able to talk and swallow. Will go for MRI soon to address his other injuries."

Ryan Straschnitzki, a 19-year-old defenceman from Airdrie, Alta., couldn't feel his legs after he arrived at hospital after the crash, his mother, Michelle Straschnitski, said last week.

Matthieu Gomercic, 21 and from Winnipeg, told the Winnipeg Free Press that he initially had some bleeding around his brain and chest pains. But he has since been released.

He is staying in Humboldt with his billet family so he can regularly travel into Saskatoon to visit those still in hospital.

"These athletes are and were heroes," said Kevin Garinger, president of the Broncos and the director of education for the Horizon School Division. Classes resumed in Humboldt on Tuesday, where five of the players attended school. Three players were also former students and some teachers and staff even billeted players.

"These were our kids," Garinger said, choking back tears. He said a crisis response team is in place and counselling is being offered to anyone who needs it. "In the days to come, our students will require a great deal of support and love to cope with this loss," Garinger said. "None of us are alone." 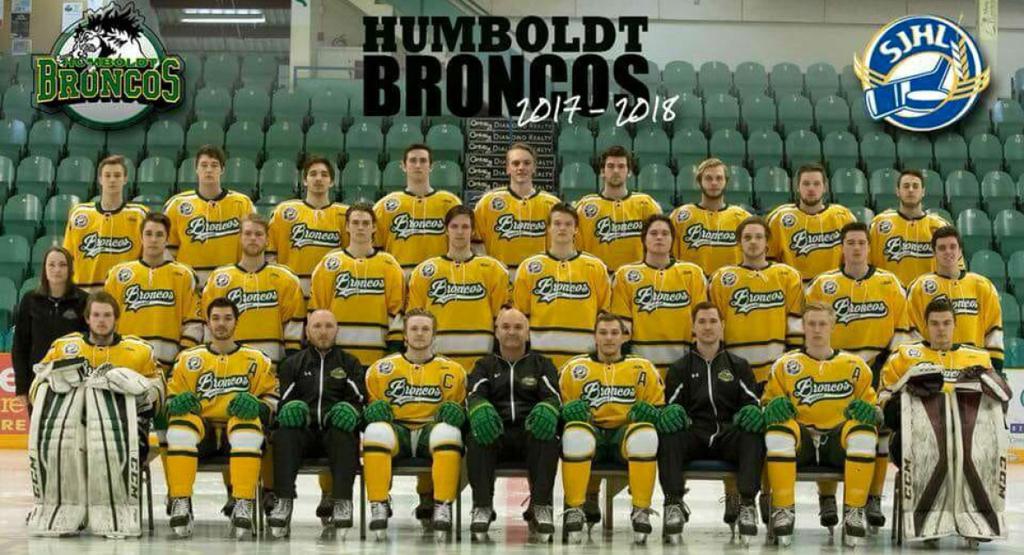