The Boston Bandits would like to congratulate Ryan Gouveia on his recent signing to play professional hockey in France with the Neuilly-sur-Marne Bisons. Before suiting up at Babson College, Gouveia went from Dartmouth High, where he played for three years, to two seasons at Northfield Mount Hermon to a year in juniors with the Boston Bandits of the EJHL. Then he started his freshman year at Babson which he chose over Colby for its business program. Gouveia will be putting his Business degree on hold, however, to continue his hockey career in the Fédération Française de Hockey sur Glace (FFHG) Division 1 league based out of northern France.

It is safe to say that Gouveia has hockey in his blood. Ryan’s father is Bishop Stang boys hockey coach Ken Gouveia, who served as an assistant coach at UMass Dartmouth for 10 years, which followed a five-year stint as head coach at Framingham State and an eight-year stretch as the head coach at New Bedford High. Gouveia grew up playing hockey and knew from a very young age that it was his dream to play college hockey.

According to Scott Drevitch, Gouveia’s coach during his 2013-14 season with the Boston Bandits, “Ryan was a joy to coach and a leader both on and off the ice. He is an extremely hard worker and could always be relied upon to back-check and get the job done.” Gouveia was in large part scouted for his versatility and fierce commitment to the sport.

At the beginning of the 2016-17 season Gouveia switched positions, from center to right wing, and joined the power play and penalty kill as a junior. Ryan was a part of winning teams every year he played for Babson. The Beavers went 19-6-3 in each of his first two seasons, finished 15-9-3 in his third year and went 15-9-3 last season. While they never made it out of the Conference Finals, Gouveia also got to experience the thrills of college hockey playoffs for four seasons. In his senior year Ryan tallied 12 goals and 9 assists, catching the eye of les Bisons head coach Frank Spinozzi.

The Bandits look forward to watching Ryan tear it up in France next season. Bonne chance Ryan! 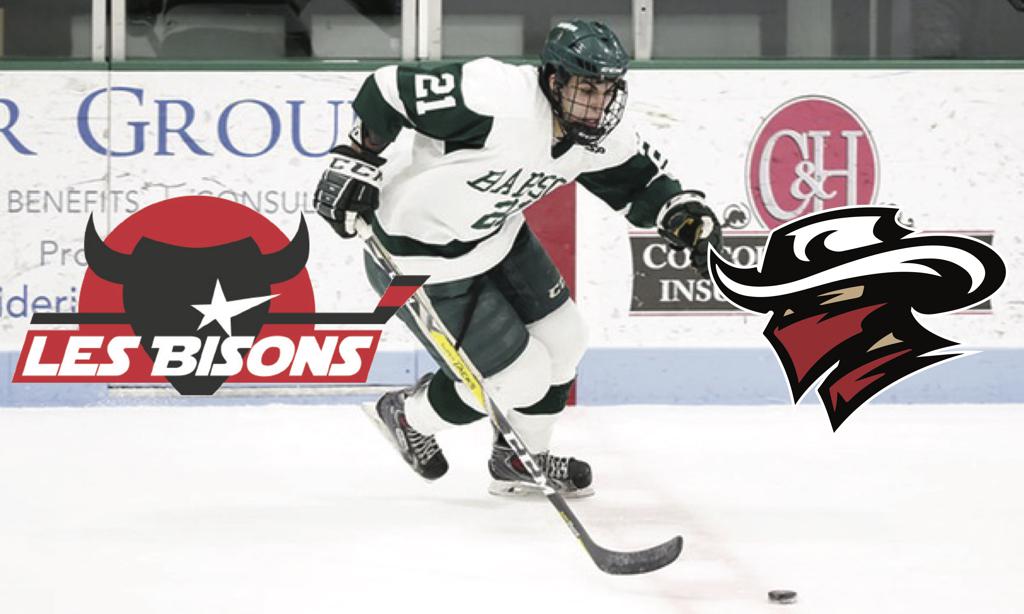